Disclaimer: Due to the current uncertainty regarding coronavirus, many events are being cancelled. Please contact the event organiser directly via the contact details on the listing if you are unsure. 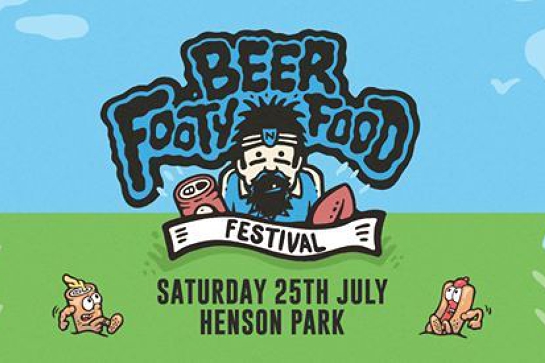 Round 3 of The Beer Footy and Food Festival Series will see a return to Henson Park. Hosted by the Newtown Jets on the 25th of July 2020, this is the marquee event of the Series and will see the culmination of the other two events into one.

With brewers, foodies, rides and attractions, there is not a better day out to be had in Sydney and we encourage everyone to come down and be part of this great day!

In it’s firth year, The Beer Footy and Food Festival is expanding to a Series by partnering with three historic Rugby League foundation clubs; the South Sydney Rabbitohs, the North Sydney Bears, and the Newtown Jets!

Hosted across three traditional home grounds; Redfern Oval, North Sydney Oval and Henson Park; each event has it’s own distinct character that will excite anyone who enjoys any of our pillars; beer, footy and food!”

Presented by The Music and Booze Company and Newtown Jets